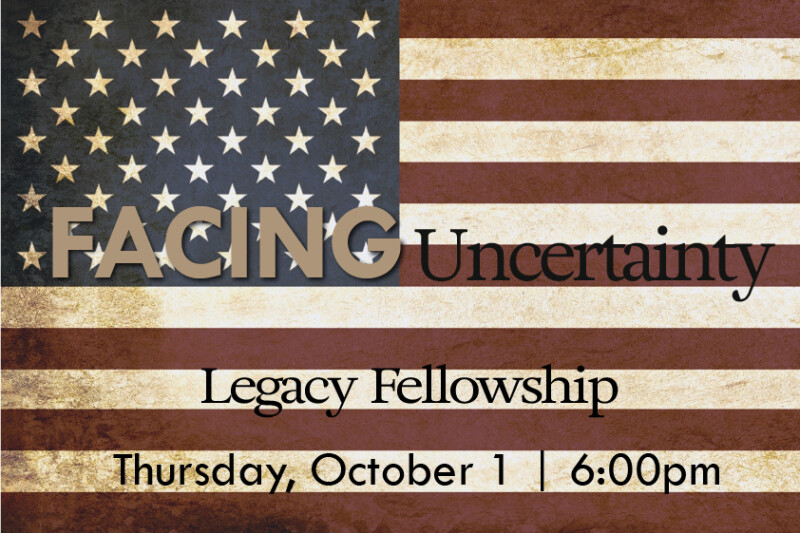 Join us for dinner and a program on Facing Uncertainty with P.K. Carlton