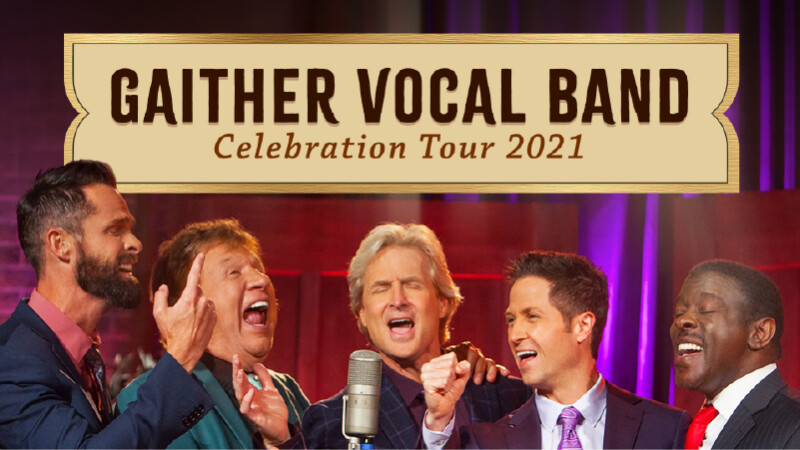 Join us for a message of grace, hope and redemption with the Grammy-winning Gaither Vocal Band. You won't want to miss this night of outstanding music! Doors open at 6:00pm.

Volunteers are needed! We could use volunteers to help as runners, ushers, ticket takers and more.

About the Gaither Vocal Band

Since the early 1990s, the Gaither Vocal Band has served as a standard-bearer in the world of gospel music. Founded by legendary gospel songwriter and producer, Bill Gaither, this Grammy-winning vocal group has performed in the worlds most prestigious venues, including the Sydney Opera House, The Kennedy Center, and Carnegie Hall.

The list of men who have comprised the Gaither Vocal Band over the past 30 years reads like a “Who’s Who” among the gospel music industry’s best-loved voices, including Steve Green, Larnelle Harris, Mark Lowry, Michael English, David Phelps and many others.

Today, the Gaither Vocal Band roster is comprised of five power-packed voices, including Bill Gaither, Wes Hampton, Adam Crabb, Todd Suttles and Reggie Smith. Individually, these men are gifted artists and men of authentic faith. Together, they are the known around the world for their stunning vocals, innovative harmonies and life-altering message… a message of grace, hope and redemption.