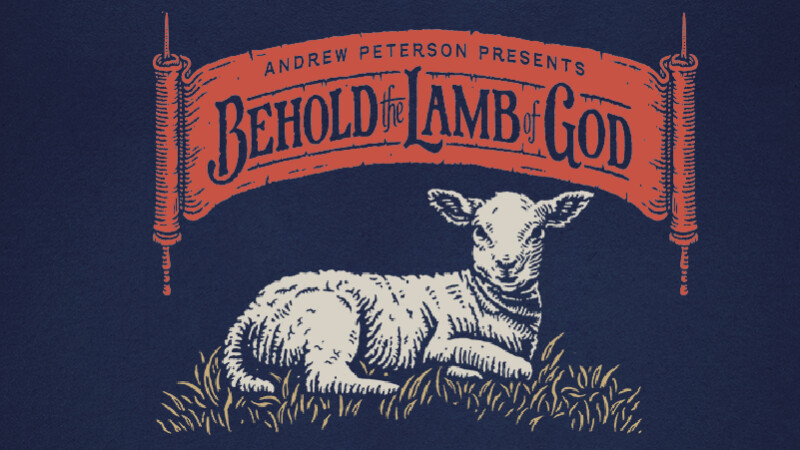 Behold the Lamb of God

Join us for Andrew Peterson's iconic Christmas concert, Behold the Lamb of God. This beautiful Christmas production has blessed thousands of fans across the country since its inception in 2000. Your heart will be moved as Andrew Peterson and friends recount the Christmas story through song.

Volunteers needed! We could use help with load in & load out, merchandise tables and other areas. Contact Vanessa Astle for more information.

For more than twenty years now, Andrew Peterson has been about the business of quietly changing lives in four-minute increments. In the city of Nashville where music is an industry in the same way fast food, generic greeting cards, and bumper stickers are industries, Peterson has forged his own path, refusing the artistic compromises that so often come with chasing album sales and radio singles and creating instead a long line of songs that ache with sorrow, joy and integrity, and that are, at the end of the day, part of a real, ongoing, human conversation.

In 2019, Andrew celebrated the 20th anniversary of his Behold the Lamb of God project with an anniversary tour and brand new album recording.

Andrew is also the award-winning author of The Wingfeather Saga, a four-book fantasy adventure series for young people, described as The Princess Bride meets The Lord of the Rings. The books have been re-released as collectible hardcover editions through Penguin Random House in 2020, and production is underway on the first season of the animated series through Angel Studios (The Chosen), set to release in winter 2022.