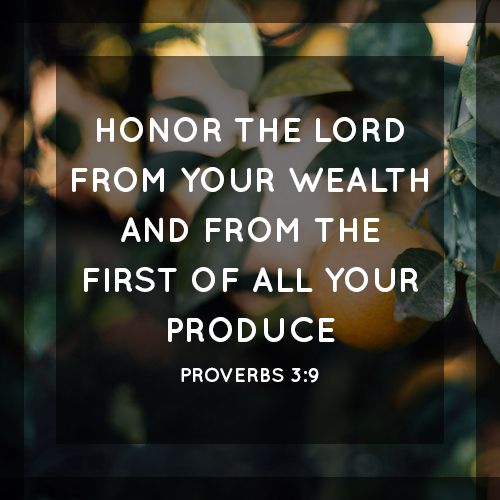 How do we honor God through tithing? Proverbs 3:9-10 says, "Honor the Lord with your wealth and from the first of all your produce; So your barns will be filled with plenty and your vats will overflow with new wine." This was written at a time when the economy was based on agriculture. Believers took the first and best of all their produce and gave it to the Lord. While our system of exchange is different today, we can apply the same principle in giving to the Lord the FIRST of our income, before any earthly financial obligations. After all, everything we have was given to us by God, so in tithing we are simply giving back a portion of what is His anyway.

You can give quickly and easily by text! Your information is secure - we do not share your phone number with third parties.